Students dazzle with elegance and class on SHS Night 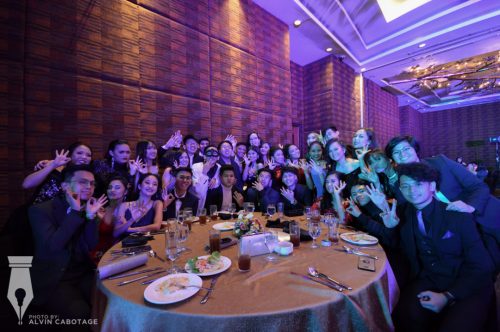 Spearheaded by the Senior High School (SHS) Faculty and Head Administration, SHS Principal Dr. Erwin Dionisio said this celebration was a way for the SHS community to come together and to create deeper connections with one another. It was also an opportunity for the students to express their individuality by transforming into a better and more sophisticated versions of themselves.

When we first met, I remember challenging you to become better versions of yourselves. Looking at you now, there's no doubt that the first set of baby Tamaraws have accepted that challenge and have bloomed into these beautiful,well-rounded persons, she said in her opening remarks.

I hope that this day will live up to its purpose: for you to breathe and remind you that aside from harnessing you scholastically, we nurture the value of camaraderie and unity in the hearts and spirit of our baby Tamaraws.

A search for King and Queen of Night was also held on those evenings. For Day 1, David Kyle Bermudez (AB07) was hailed as King of the Night while Chriezel Palacia (AB02) was crowned Queen of the Night. On Day 2, Arsen Miguel Cenedoza (AB02) and Gvian Lois Zapanta (SE03) won the title while on Day 3, the award was given to Gabriel Alexander Mercado (SV03) and Alexis Tara Vito (G12).

To cap the magical evening, the SHS community enjoyed a screening of the AVP compilation of the event and ended on high spirits with them dancing the night away.

(AVPs were made by the Tamaraw Media Operations Group (TMOG) of FEU Alabang, presided by Grade 11 STEM student Alejandro Cu. Currently composed of more than 60 members, TMOG was also responsible for the full coverage of the Students Night from teaser videos, photos, invitations, and social media content. Cu also shared that they did a mix of multimedia work such as photography, videography, and graphic design.)

Call for Donations for the Porac Aeta…

Tamaraws of the South kick off Sportsfest…